Along the way, we both went through some extremely tragic episodes, which had a lasting impact on us as individuals. These experiences stripped away many of our deeply held illusions regarding life. Making this album was very much about recovering from grief and figuring out ways to break through the numbness that it causes. Hence ,it’s safe to say that this record is a measure of our growth as people and artists. We were forced to ask ourselves some pretty challenging questions, like: how do you let others in when you are damaged and feel extremely fragile? How much of yourself do you have to give to somebody when you commit to a relationship? What is personal liberation, like really? What does it mean to have a society where relationships are mediated by technology, where physicality is removed from the experience? How do you reconcile your obligations to your partner with being attracted to other people? Why do we feel so alone, at times, even if we are surrounded by people that truly care for us? This record was about finding ways to live a life and make art post loss. When I look at the cover of Wrapped in Air, which was our first record, we almost look like wax figures. We are so perfect, there’s not a single blemish there. I can honestly say that we are no longer like that, this facade had crumbled. Consequently, our music became more humanised.

We started writing Made of Glass only three weeks after our first record came out. The first song that we recorded was Made of Glass and this became the conceptual and aesthetic blueprint for all the songs that followed. It’s funny, though, because it took us three years to complete it. It’s also very telling of our process. There were no deadlines, no pressure and, at some point, we thought there might not ever be a record. We would just meet at the studio, sometimes for a few days in a row, talk life and just let the music happen. This was our psychotherapy, just friends helping each other to work through stuff. There was no formula, we just traded ideas, wrote and produced together. It was so visceral and immediate. There are songs on here that were recorded using the computer mic only because the emotion was so powerful that trying to recreate it with a better set-up would have probably killed it. We used a lot of glassy sounds in the arrangements, many of which are actual glass that we recorded. The fact that our first record dealt with air and now we are dealing with glass, instead, is also telling. Glass is still very light and delicate, but it’s much more physical than air. And we love how glass has this artificiality about it, when you see it on photos it almost looks like a glitch, but in reality it’s "fully analog." When you’re very vulnerable, it’s hard to be honest in this direct way, so you’re always trying to find a way to create a comfortable distance. Maybe this is why we wrapped all this personal stuff in this seemingly shiny and artificial sound. 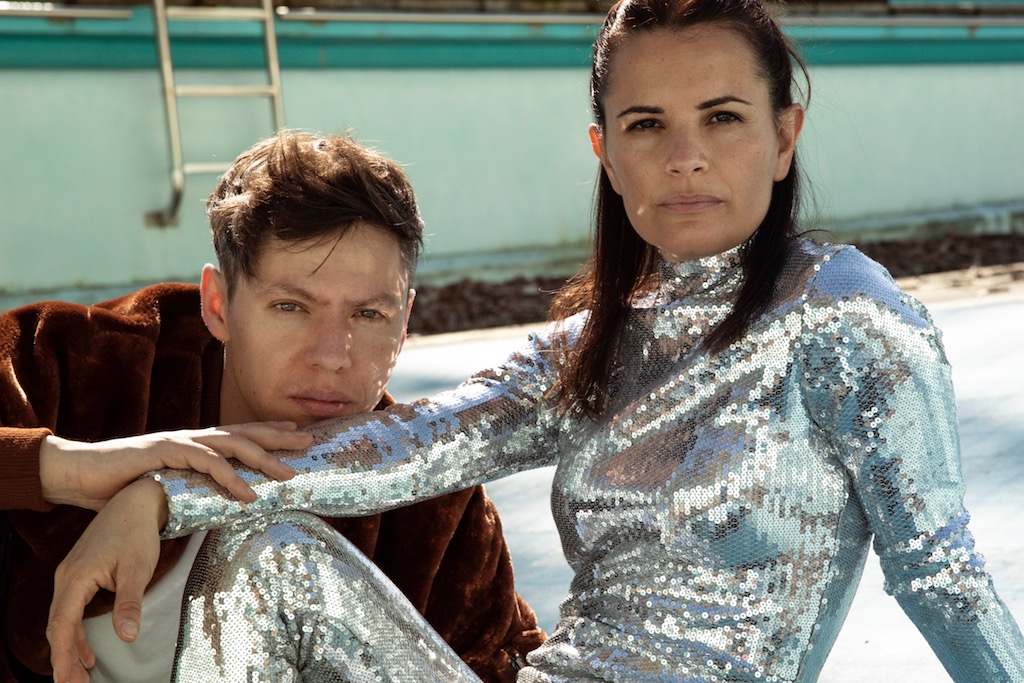